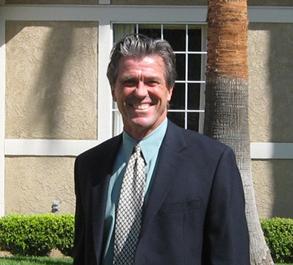 Robert Campbell has been eating, sleeping, living and breathing real estate from the time he learned how to walk.

The son of a successful San Diego homebuilder/developer, Robert worked in the family business when he was growing up and during college.  He started investing in real estate at age 24, borrowing $14,000 from his parents for the down payment on a 6-unit apartment house in Ocean Beach, CA.  After doing some cosmetic repairs and raising the rents, he sold the property for a profit of $11,000 one year later.

Because Robert believes that “avoiding disaster” is one of the true secrets for achieving lasting, long-term prosperity – and because of his hard- won experiences, market observations, education, and analytical expertise – he has created what he calls The Campbell Method for tracking trends  to buy  and   sell.   This   revolutionary   approach to timing the real estate market not only provides you with the tools to survive the real estate roller-coaster ride, but it also presents a clearly defined method for achieving maximum profit.

In 2002, Robert wrote the book Timing the Real Estate Market – which is the only book ever written that shows investors how to predict the peaks and valleys of real estate cycles with a 85-90% degree of success.  Most notably, Robert’s real estate timing model predicted the top of the 2000-2006 housing bubble within two months of peak prices.

Robert has given 100s of speeches at clubs, colleges, and business meetings over the years – and he is widely quoted by the media as authority of real estate cycles.  His charts repeatedly demonstrate how his key housing indicators predict the trends in home prices.

Education:  Robert Campbell earned a BA in Economics from the University of California at Los Angeles in 1969 and an M.B.A. in Real Estate Finance from San Diego State University in 1974.