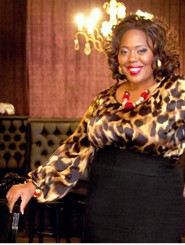 Marsha Wright is a TV business expert, successful serial-entrepreneur and mentor. From her home in Spain, she presides over an impressive empire of international businesses with interests in high-end consultancy, mentoring and training, publishing, production, media, software, and business services.

She's known as a Quantum Leap Strategist, and works closely with high-flying business owners and c-level managers to improve profits, productivity, and implement change that gets significant results.

She says, “If we’re honest, nobody wants to get ‘to the next level’. Who wants to be 10% or 20% better than they are? No one, that’s who! People who are serious aren’t thinking about what’s at the end of their nose. They are thinking about the Quantum Leap, and that’s when they come to me and my consulting firm Dew Point IEMC.”

Marsha, who is a highly sought after international speaker, presenter, columnist, and author was a school drop out with no real qualifications to speak of. Sexually abused as a young girl, she spent most of her teen years in group homes. She is an inspiring rags to riches story. Attractive, outspoken, and a force to be reckoned with, she’s someone you want in your corner for sure.

Marsha and her husband Simon Wright started their journey to financial freedom in 1998. Since then, she’s had a number one show on iTunes, and has directly mentored over 1,000 business owners, influenced and inspired millions on TV, through radio, and in national and local newspapers and magazine spreads.