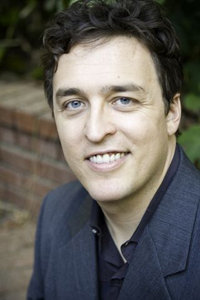 Brian Whetten’s career to date has largely been the story of an unexpected and unplanned transformation, from being an introverted technologist and computer science academic, through becoming a Silicon Valley entrepreneur and executive, and then into what will likely be a lifelong process of personal growth and development.

By the age of 30, Brian had received a Ph.D., raised $20 million for two high tech startups, navigated multiple major life crises, become an internationally known academic and speaker, made and lost millions – and burnt out twice. He had gone from “being the one in high school that the chess team made fun of” to seemingly having it all. Yet he felt miserable. In the midst of an emotional and spiritual crisis, he began reaching out for help, and found his worldview shaken to its core. After suddenly “getting” the futility of trying to achieve his way to love, he turned his beat-down-the-walls-with-his-forehead determination inwards and immersed himself in six years of personal and spiritual development, with a series of incredible teachers, counselors, coaches and programs.

Today, Brian delights in doing business in a different, more loving, more purpose filled way – and in helping others do the same. He specializes in supporting entrepreneurs and executives as they build companies that create both money and meaning, and in teaching practice builders how to “give their way to a soul-centered, six-figure practice.”

However, this is not to say he has all the answers. He continues to reach out for help, and is particularly grateful for the coaching he’s receiving as part of his partnership with master author, coach and public speaker Steve Chandler.

Specialties: Brian’s Ph.D. is in Computer Science from UC Berkeley. His first “real job” was as the principal founder, President and CTO of an Internet startup, GlobalCast Communications. This was acquired by Talarian, which went public and then was acquired by TIBCO. His M.A. is in Spiritual Psychology from the University of Santa Monica. His service practices include life and executive coaching, writing, public speaking, teaching, and facilitation.