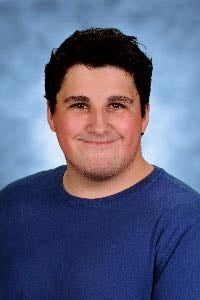 Demitri Makeig is a filmmaker and screenwriter. A graduate of Interlochen Center for the Arts, he was a YoungArts winner and participated in the YoungArts Miami regional program, where he studied with master writers. He also received a Silver Medal and multiple honorable mention awards from the Scholastic Art and Writing Awards, for his screenwriting and photography.

Demitri's senior thesis film, Multiplayer is an official selection at the 2015 Traverse City Film Festival, All American High School Film Festival and the Miami Independent Film Festival. His film was also chosen for the Interlochen Review and was the film department’s pick to screen at the Honors Convocation in May 2015.

He enjoys writing in chill pants while listening to ambient rainforest soundtracks. His preferred genre to write is satire. He now attends the Relativity School in Los Angeles, in pursuit of a B.F.A. in Film and Digital Content with a concentration in Writing for Film and Television.