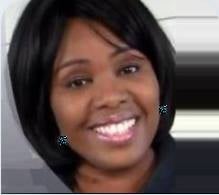 After being stuck behind her computer for more than 57,000 business hours researching "Over-Consuming" information products, trying to figure out how to “successfully” market numerous FAILED start-ups, Barbara Bamba became even more determined to launch a successful business — following a divorce and foreclosure, which left her broke, broken, and homeless and having to move back home at the age of 45, without all of her 3 younger children in tow – due in part to her refusal to “get a real job!” ​​

It was in that defining moment that Barbara, decided to study the marketing of only the top 5% successful online women entrepreneurs; who had thrived during their start-up years and who had earned 6-figures plus incomes. ​

That is when Barbara discovered that the secret to avoid getting stuck behind your computer during your "time-sensitive" pass or fail start-up years, trying to figure out “how-to market” in this age of TMI or TOO MUCH INFORMATION is to "Learn "BEFORE" You Launch!